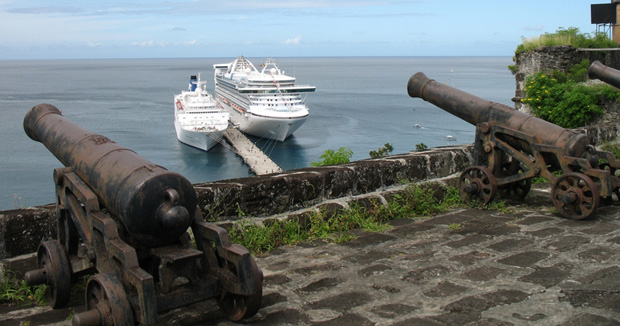 The significance of our fort systems is often glossed over by all but a few. Certainly, at the local level the general public are not aware of the potential pulling power of these magnificent structures.

In the 17th and 18th century Grenada was in a tug of war situation in which English and French forces alternated their ownership? of the island. The first attempted (British) settlement of the island in 1609 ended in a rout. A second (French) attempt in 1638 met with similar failure. Serious opposition by? indigenous inhabitants caused the newcomers to withdraw. Sustained European settlement was finally achieved (by the French) in 1649 with the construction of a fort in Beausejour and for the next 134 years the island?s fortification network was progressively enlarged to deal with? Anglo-French rivalries in the region. The matter was eventually settled in 1782 when the French Admiral de Grasse was comprehensively defeated by British Admiral Rodney at the Battle of the Saintes (near Dominica). This, and the resulting Treaty of Paris a year later, put a damper on? French ambitions in the West Indies and Grenada remained British for the next 200 years? or so,? until it was granted its? independence in 1974.

Over the years of Anglo French conflict in the region, a network of forts and? batteries? was erected. The main forts were located in and around the capital St George?s and the three most impressive ones still stand to this day : Fort George, Fort Mathew and Fort Frederick . A comprehensive network of batteries was also set up to discourage landings in the rest of the island. The West coast was equipped with a dozen coastal batteries and an additional six batteries were set up on the eastern side. An approach from the west was the preferred selection for an invasion of the island ?whereas ?the strong easterly winds made the east coast less appropriate for a landing. Additional fortifications were also set up in some of the promontories in the south east.

Progressive decommissioning of batteries has all but obliterated them but the main forts in St George?s remain and are well worth visiting. 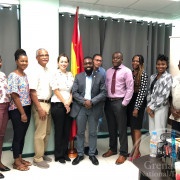 Proud of my Heritage team visit the Minister for Culture, Honorable Ron Redhead

Trust pushes for Leapers Hill to be protected