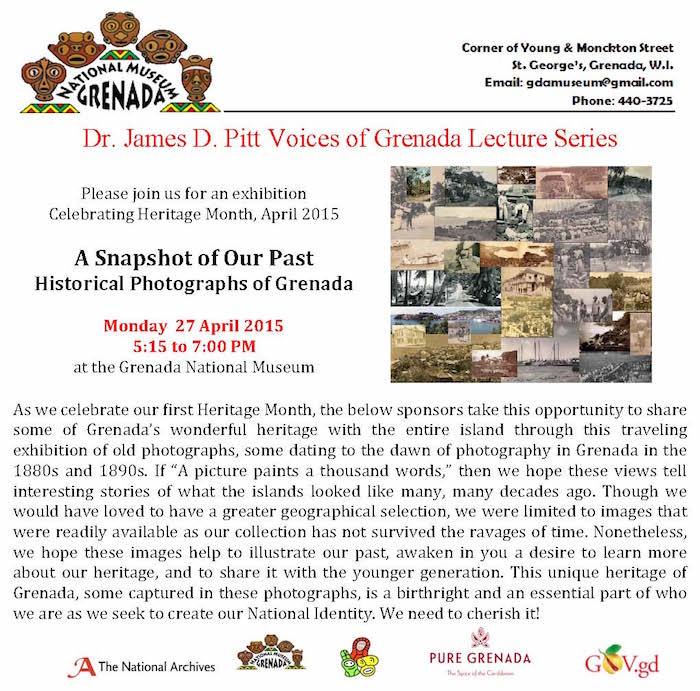 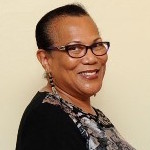 Celia Toppin, Culture and Heritage, Project Manager for the OAS , will formally introduce Neil Silberman and Dr. Angela Labrador of Coherit Associates, the USA based Technical Coordinators at a media event to officially announce the commencement of an Organisation of American States, Heritage Project of extreme importance to the the Caribbean, titled ?Expanding the Socio-economic Potential of Cultural Heritage in the Caribbean?.

They will deliver a presentation outlining the significance of this flagship project, the leading role that Grenada will play and the benefits that can be nurtured and enjoyed by society as a whole. Following the presentation, there will be an opportunity to ask questions.

Availability permitting, we will also be inviting the Hon. Brenda Hood, Minister of Culture and Hon. Yoland Horsford-Bain, Minister of Tourism to make brief addresses. 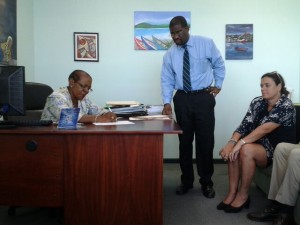 The process of developing the 5 year strategic heritage plan commenced over 2 years ago and has seen several drafts. It is with great pleasure that the Trust can now present this plan for public consumption.

The main goals and objectives of the plan are:

The significance of our fort systems is often glossed over by all but a few. Certainly, at the local level the general public are not aware of the potential pulling power of these magnificent structures.

In the 17th and 18th century Grenada was in a tug of war situation in which English and French forces alternated their ownership? of the island. The first attempted (British) settlement of the island in 1609 ended in a rout. A second (French) attempt in 1638 met with similar failure. Serious opposition by? indigenous inhabitants caused the newcomers to withdraw. Sustained European settlement was finally achieved (by the French) in 1649 with the construction of a fort in Beausejour and for the next 134 years the island?s fortification network was progressively enlarged to deal with? Anglo-French rivalries in the region. The matter was eventually settled in 1782 when the French Admiral de Grasse was comprehensively defeated by British Admiral Rodney at the Battle of the Saintes (near Dominica). This, and the resulting Treaty of Paris a year later, put a damper on? French ambitions in the West Indies and Grenada remained British for the next 200 years? or so,? until it was granted its? independence in 1974.

Over the years of Anglo French conflict in the region, a network of forts and? batteries? was erected. The main forts were located in and around the capital St George?s and the three most impressive ones still stand to this day : Fort George, Fort Mathew and Fort Frederick . A comprehensive network of batteries was also set up to discourage landings in the rest of the island. The West coast was equipped with a dozen coastal batteries and an additional six batteries were set up on the eastern side. An approach from the west was the preferred selection for an invasion of the island ?whereas ?the strong easterly winds made the east coast less appropriate for a landing. Additional fortifications were also set up in some of the promontories in the south east.

Progressive decommissioning of batteries has all but obliterated them but the main forts in St George?s remain and are well worth visiting.

The Grenada National Trust is pleased to announce that during the month of May 2013, we will be taking control of the management of the beautiful Priory House Property and its splendour gardens, situated in Church Street, St. George?s.

The Priory is considered to be the most outstanding building of character in St. George?s, if not Grenada. Its beautiful Greek revival fa?ade, accented with Victorian details, projects a majestic presence along historic Church Street, once lined with some of the prettiest domestic houses in St. George?s Town. It is believed that The Priory or the ?Priests? House? was constructed in the late 1700s by the Roman Catholics as a Presbytery for the Dominican order. Over the years, it has seen a number of alterations, but a noted change was the addition of the front and the bay windows when the house was sold and renovated in 1917 after the Dominicans moved into the newly built Vicariate further up Church Street. Between 1996 and 2001, the property was fully renovated to an exceptional standard and has become the jewel of St. George?s Town, topping the Government?s list of official historic buildings. This gingerbread-style house remains quite unique to St. George?s Town and Grenada.

When the Grenada National Trust was approached about the possibility of managing this historic treasure, it jumped at the opportunity. The GNT is presently in negotiations with the owners of the Priory, Mrs. Pratizia and Mr. Pietro Banas, to develop a management plan for the operation of this property as a national historic building.